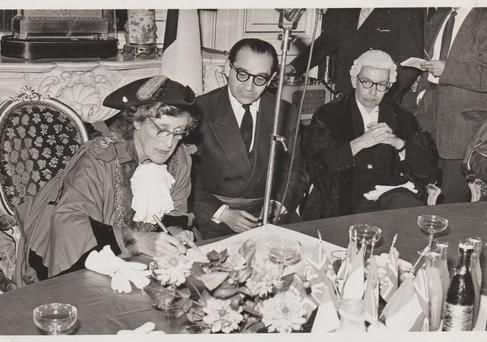 In 1958, the citizens of Weymouth and Louviers pledged friendship between our two communities in perpetuity. The horrors of the Second World War were still fresh in the minds of many on both sides of the English Channel and by the late 1950s, there was a spirit of reconciliation which gave birth to many of the town twinnings.

Dorchester and Bayeux were the first in Dorset, quickly followed by Weymouth, Melcombe Regis and Louviers- a concept enthusiastically promoted by the then Mayor, Alderman Iseult Legh- herself a Frenchwoman, married to a Royal Navy captain. Alderman Legh was following a tide of interest in twinning in the late 1950s, a reaction to postwar Europe, in which it was perceived that "ordinary people" could promote international friendship and understanding in their own towns. The Mayor of Louviers at that time was Pierre Mendes-France, who had been Prime Minister of France three years earlier. Since then, twinning has become even more popular and today 28 Dorset towns and villages are twinned with French communities.


The twinning charter with the Normandy market town of Louviers was initially signed in Louviers in 1958 and reaffirmed at a special Borough Council meeting in Weymouth on 4 April 1959. With the addition of Portland into the unified Borough of Weymouth & Melcombe Regis in 1974, the Society's title was widened to include the island.

The 50th. anniversary celebrations in May 2009 began with a civic parade, when three Mayors walked behind the Macebearers to a commemorative lunch at the Nothe Fort. That evening the Golden Jubilee Dinner was honoured by the presence of Valerie Pitt-Rivers CVO, HM Lord Lieutenant of Dorset, who gave her speech in French.

​In France, celebrations had begun the previous year.  "Europe was still recovering from the war, when my illustrious predecessor Pierre Mendes-France and Iseult Legh from Weymouth, planned this twinning," began Franck Martin, Mayor of Louviers, welcoming the Weymouth & Portland delegation at the Hotel de Ville on the 50th anniversary of the twinning in 2008. "The war had torn apart the entire continent- Britain stood alone. In France, we will never forget that we owe our freedom to so many sons of Great Britain." Around 60 British members had travelled from Weymouth & Portland to celebrate the Golden Jubilee of the twinning. "Peace is very fragile and needs everlasting effort," continued Franck Martin. "We must keep these precious links of friendship. Twinning is not only having a good time at these celebrations, but a good way of ensuring peace in a united Europe.”

Weymouth & Portland Mayor Tim Munro continued the theme. "We are two very different communities- different in cultures, different in history, different in geography- but maybe that diversity is the secret of our lasting friendships. So many things have changed in these 50 years. Great innovations have arrived in both countries- some good, some not so good. The political map of Europe has changed many times. However, despite the changes, or perhaps because of them, the twinning with Louviers is as strong as ever."

Over 59 years, there have been two exchange visits every year and lifelong personal friendships have been established. Every Whitsun, the Mayor of Louviers [or a deputy] and a delegation of Louviers Twinning Society members visits Weymouth; every August or September, the Mayor of Weymouth & Portland leads a party visiting Louviers. While it is the municipalities that are twinned- the Mayors signed the Twinning Charter on behalf of the Borough- the voluntary Twinning Societies on both sides of the English Channel actually do most of the practical work! The Mayor of the day is however the Honorary President of the Society. 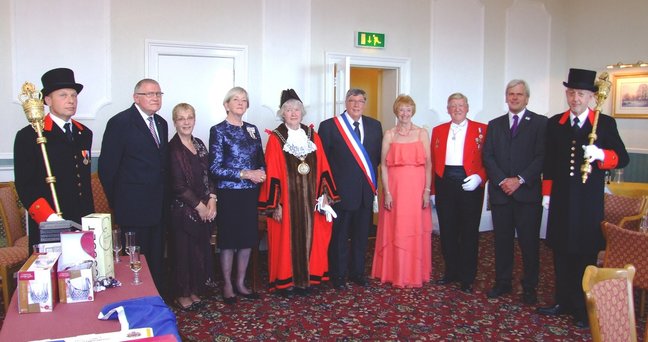