Retired schoolteacher Cath Irving has been elected Chairman of the Weymouth & Portland – Louviers Society, her third stint in the leading role. The twinning society celebrates their diamond jubilee later this year, 60 years from when the twinning charter- promising friendship in perpetuity- was signed in the Normandy town of Louviers in 1958.


Retiring Chairman Geoff McDonnell told the annual meeting, chaired by Coun Kevin Brookes, Mayor of Weymouth and Portland, that it had been a successful year, but marred by the death of three stalwarts- Jack Irving, Priscilla McGowan and Mary Stone. One day of the seafront stall had raised almost a thousand pounds for twinning funds. The visit to Athelhampton House had been the highlight of the visit by the French delegation and the September visit to Louviers had likewise been a great success, stopping over at Granville. He concluded by thanking Society members for their support, the committee for their hard work and the Mayor & Mayoress for their constant support of twinning.


Founder member Michel Hooper-Immins asked the Mayor what civic support there will be for twinning if the proposed unitary authority comes about next year. Councillor Kevin Brookes responded that twinning was one of many aspects that had yet to be decided, but that he would be making sure it was discussed in due course.


A majority vote agreed to increase the membership subscription from £10 to £15. The French delegation arrives in Weymouth on Thursday 17 May, staying for four days. The Civic Reception is being held at Crustaceans Restaurant on Sunday 20 May. The Mayor of Weymouth & Portland and the English delegation leave for Louviers on Thursday 30 August. 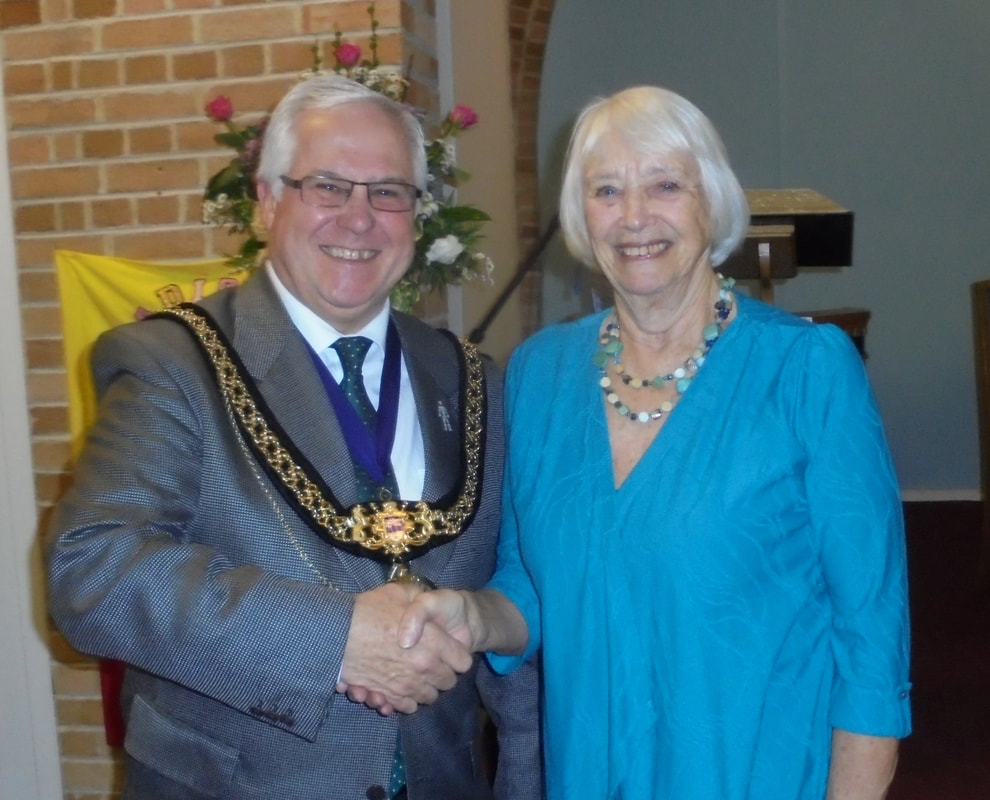